Coming as someone who eats eggs and cheese for breakfast, 10 oz steak per meal, and whey protein shakes on a daily basis, veganism was a short horror story for me.

“I would go vegan, but my muscles need meat.
I workout so hard, I wouldn’t want to lose muscles, god forbid that!”

Yes, that was my parole for the long 10 years I was into fitness.

Yet, somehow I forced myself into trying it out, and today I’ll tell you exactly what happened.

Let’s get started right away!

Why I Decided To Go Vegan?

In my long years in fitness, I’ve always wanted to try going vegan.
This was mainly because I believed a plant-based diet is the food of the future, in terms of reducing carbon footprints and helping with global warming overall.

It has honestly never occurred to me that going vegan is maybe a healthier option too.

However, when I heard that Nate Diaz, a guy that kicked Conor McGregor’s ass a few years back, is a vegan, alongside many other mixed martial artists, I had to find out why.

I started small research and actually found out that there are tons of elite athletes who are vegan.
From Luis Hamilton to Arnold Schwarzenegger.

Shortly after I watched the Netflix documentary “The Game Changers” I decided to finally give it a try myself.
I think it was the same day, actually xD

And although this movie has been criticized for being one-sided and making broad generalizations from small studies, I was still hooked and had to find out more. 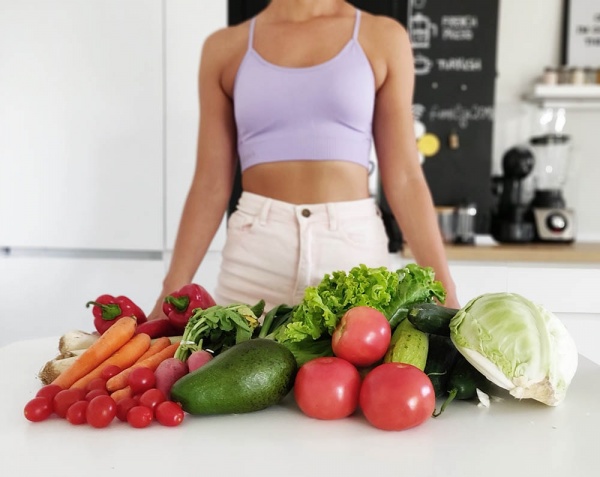 Even though there’s little evidence to support the notion that vegan diets are superior for physical performance, here are some proven benefits to plant-based diets:

Basically, from what I have read, this was a diet of eating healthy foods, loaded with all sorts of nutrients, plus with the risk of heart disease, diabetes, and high cholesterol – excluded.

And that’s exactly what I did!

I don’t have trainers, dietitians, physicians, and personal chefs to ensure that my diet is perfectly optimized.
However, I’ve done my research and I tried (and am still trying) to do the best I can to make a balance.
I also would like to mention that I’m not an endurance athlete, however, my training sessions are pretty intense, including intervals and high intensity.
Plus I do run on a daily basis and train for marathons.

Now for me, going on a plant-based diet plan was really not that different from my usual diet.
It’s not like I was switching from eating at McDonald’s every day.

Plants and whole foods were already a huge part of my daily diet, so becoming vegan wasn’t a huge shock for me at any moment.

I missed the taste of chicken, and Greek yogurt, and still do, but other than that it was all good in terms of eating.

Now, when it comes to other things, I can safely say that my life got a little harder, and we’ll dive into all of it right now. 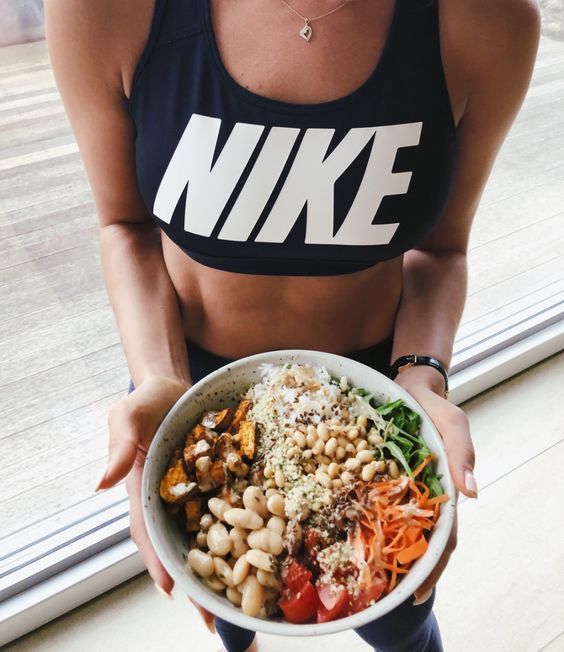 My Experience Of Becoming Vegan

All About Making Quality Protein Swaps

Becoming vegan I had to start eating plant-based swaps that are high in protein.

Rice and quinoa are high in protein, but they are not swaps for meat protein.
They are still carbs.

To make sure I eat enough protein, I included tofu, tempeh, and seitan in my diet at least 3 times a week.

Other days I would have edamame, beans, peas, or lentils as a base protein.

This helped me always be on point with my protein intake. 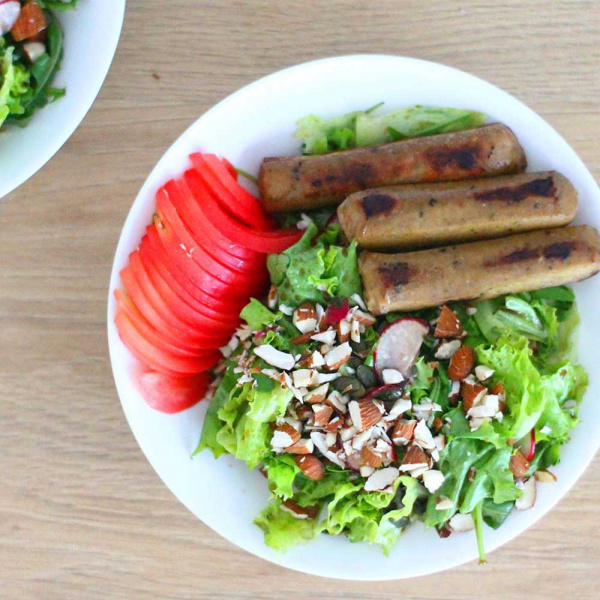 Be Wise With Carbs

Many would argue that when you are becoming vegan, you will eat much more carbs and can even gain weight.

Not true for me.

Two months as vegan and I haven’t gained a single pound.

However, because I was so afraid of getting in more carbs in my diet, I was really wise in picking out my sources.

From rolled oats and quinoa to brown rice, sweet potatoes, carrots, and beets.

Fill Out Your Plate With Veggies

Being captain obvious here, however, veggies are a must.

Half of your meal should be protein and carbs and the other half should be veggies.

From green salads to zucchini, eggplant, broccoli, cauliflower and celery.

You are not only getting vitamins and minerals out of them but fibers too. 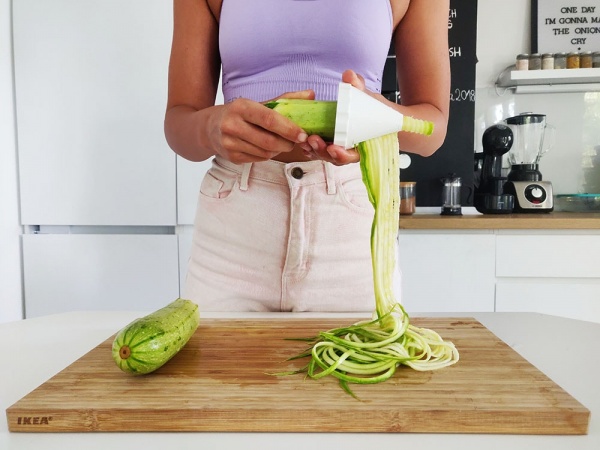 Supplements Are Still A Huge Part Of My Diet

I used whey protein on a daily basis when I was a meat-eater.

And since for me it was pretty important to get enough protein, I continued including protein supplements in form of pea protein.

I didn’t want to take any chances.

But other than that, I wasn’t consuming any pre-workout formulas as I usually did, and I still had an amazing performance during my training sessions.

Bloating And Gas Were a Daily

Now, this wasn’t something new for me, since I was already dealing with bloating before going plant-based.

Eating lots of peas and beans does that.

However, I can say that the first week or two of being plant-based was a bloating nightmare and after that, it got significantly better.

I rarely bloat now, and I take probiotics occasionally.

If you are dealing with bloating and gas, make sure to check out my video:

And Often Bathroom Visits May Occur

At one point in week three, I started having the worst diarrhea.

I was reading through some articles and they all suggested that this was due to the high fiber content in plant-based foods, and most new vegans go through a phase like this.

However, it was not that long after I realized that in my case a certain food was causing this – canned mushrooms.

After excluding them from my diet, the awful urge to go to the bathroom stopped.

So if you are experiencing any of this, look for certain foods that might be causing these issues.

The first thing that everyone kept telling me when they heard I am going plant-based was:

You have to take Vitamin B12 now!

However, being the prick I am, I’ve already done my research and found out that B12 is not just a vegan issue.

In fact, even meat-eaters don’t take B12 directly, and here’s why.

B12 is produced by bacteria found in soil as well as in the guts of animals and humans.
This means that both humans and animals get vitamin B12 from the soil directly, or secondary through animals eating soil and us eating them.

However, due to declining soil quality from intensive over-farming making the soil deficient in cobalt, and because our vegetables are super-washed, neither us nor the animals can get it from the soil anymore.

The declining soil quality isn’t just a problem for humans though – it’s a problem for farmed animals too.
Most factory-farmed animals are kept indoors and never even see soil during their lifetimes, so would certainly be deficient without supplementation.

Rise Of The Vegan

Which means, meat-eaters usually will get B12 secondary, from the supplement the animal got.

So, people eating meat are just receiving the B12 which originally came from the supplements fed to the animals.

Well, why not simply take a B12 supplement, then?

So, yes, I continued supplementing with B12, however this time it was consciously and directly. 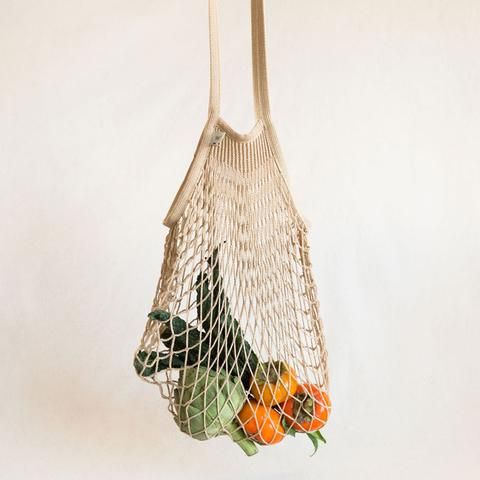 Get Ready To Cook More Often

Especially when cooking peas and beans – they take much more time to cook.

Not that I was not enjoying cooking, but I can imagine why this would be an issue for many people who have busy lives.

However, there are always canned and frozen foods to make your life easier, so that’s good news.

Ordering At Restaurants Is a Nightmare

Especially if the waiter doesn’t make a difference between vegan and vegetarian.

Also, you’d be surprised how many places have poor choices in vegan meals, especially when it comes to healthy vegan options.

However, you’ll learn about new places and you’ll find your favorite ones.

Get Ready For Unsolicited Opinions

Well, what can I say, people just love to give unwanted advice.

Even though sometimes they have no clue what they are even talking about.

From “You need to take B12 ” to “You will lose muscles” and “You are not doing good for yourself”.

But, I guess that’s just what people will always do, and I will have to learn not to care.

Now when someone asks “But why are you vegan?” I say:

Because it makes me about 20% happier.
Aren’t you doing things that make you feel good and happy? Well surprise, me too!

Which brings me to the next one… 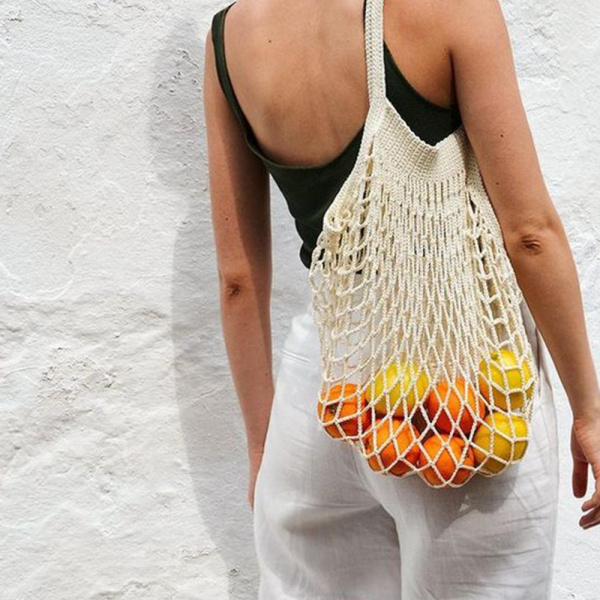 Becoming Vegan Made Me Feel Better

I was definitely feeling more energized throughout the day and during my workouts.

Maybe this was due to the change in supplements, I’m not excluding that, however, I was feeling better in general.

Before going vegan I was often feeling nauseous while working out, especially if my last meal was close to my training.

With my new diet, none of that happened anymore.

Not to mention the fact that my skin was better and my face was clear even during my period.

Also, even though my main motivation was selfish – finding a sustainable diet that’s healthy and will develop ME as an athlete, it came with bonuses such as being more environmentally friendly and not participating in killing animals.

And that felt amazing.

My Blood Was Over The Top

I did a blood test a few days ago and my blood is great.

Iron on point, cholesterol on point…

My mom was one of those people that had lots of opinion about my plant based diet, to a point that she was concerned about my health as if I was doing something bad to myself.

The nurse that gave me the results from the blood test said to my mom:

Her blood is perfect. Maybe we should all start eating what she eats!

Plant-Based Diet Works For Me

And last but not least, I’ve found that a plant based diet meal plan is what works for me.

However, that doesn’t necessarily mean that it will work for everyone.

At the end of the day, we are all different.

I still believe we are not meant to eat meat as humans.
And numerous studies have shown that meat is not ideal for the human body and may actually be making us sick and killing us.

Our teeth and digestive tract are not made to eat meat – in fact, they are similar to those of plant-eaters.
The human body is intended to function on plant-based foods that are full of fiber, antioxidants, unsaturated fat, essential fatty acids, phytochemicals, and cholesterol-free protein.

Despite all of that, PLEASE KNOW that my intention isn’t to thrust anyone into becoming vegan, nor to promote veganism.

I just wanted to share my story of why I did it and bust some plant based diet myths, I was hooked on for so many years.

I honestly don’t really know if I would be a vegan for life, or at some point I will bring in some animal-based food in my diet.

However, for now, this works for me and it feels amazing.

Let Me Know What You Think

I hope you like my story about becoming vegan athlete.

If you have any questions, please feel free to ask me by contacting me, or by simply commenting in the section below.

Can’t wait to hear from you!

Till next time, babes!
xoxo

If you like my article “Fit Girl’s Guide To Becoming Vegan Athlete – How To Go Vegan & Why” don’t forget to share it with your friends!